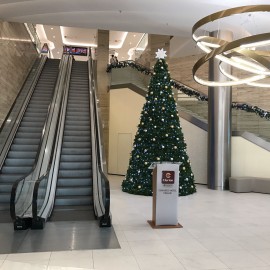 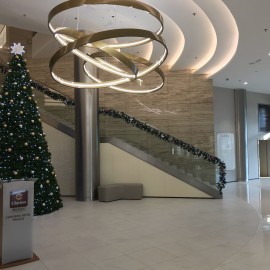 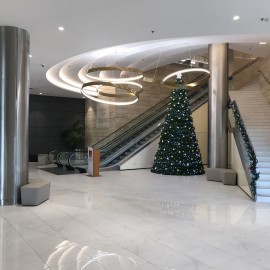 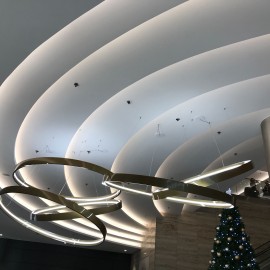 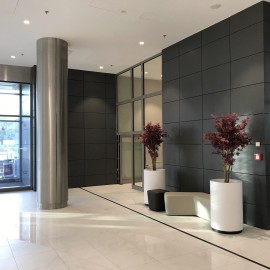 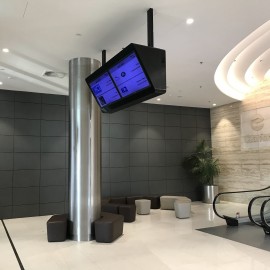 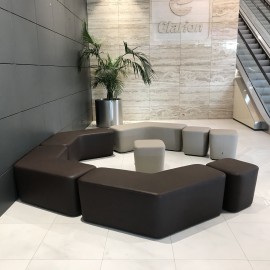 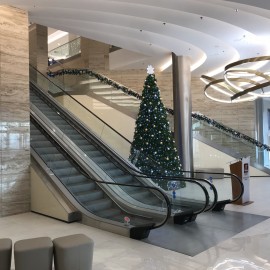 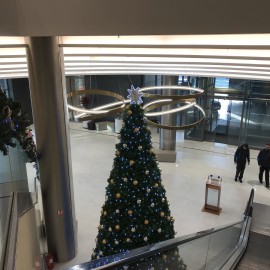 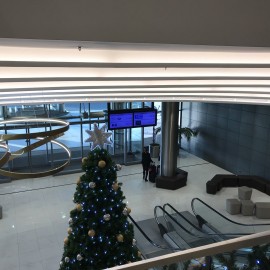 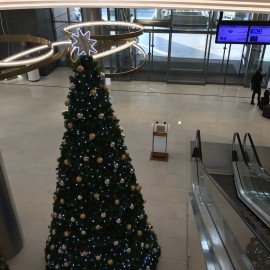 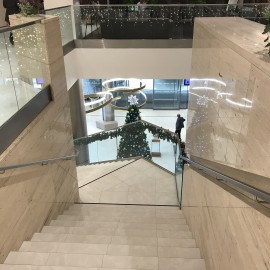 Afterg the reconstruction of the common reception areas and the Lobby Bar, and subsequently the Veduta Restaurant, there was a row at the hotel lobby. Reconstruction of this part took place in full operation of the hotel as well as the previous stages. As part of the complete reconstruction, we dismantled the existing plasterboard ceilings including the end-points - air diffusers, lights, sensors, etc. A stainless fountain was removed and all the pavements removed as well. Under the existing staircase and escalators, two depots were created by implementing the plasterboard partition. The new plasterboard ceiling has effectively created stairs with indirect lighting implemented above escalators. The new pavement then reproduces the arched lines of these steps in the glossy and matte interface. A lacobel beige paint was installed on the newly created walls, tuning to the existing travertine on the walls and a new anti-slip paving on the staircase. The whole space is dominated by a suspended atypical chandelier, consisting of five golden circles equipped with LED technology with the possibility of dimming.


Other references from the same category 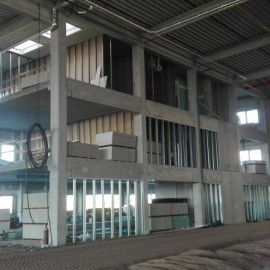 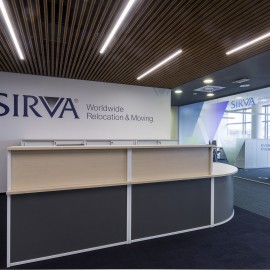 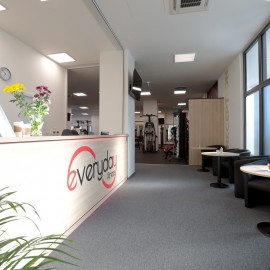 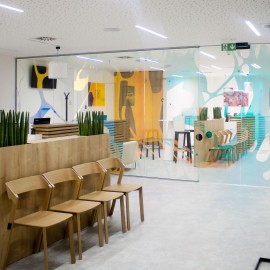